On The Hangar of Spaceship Earth 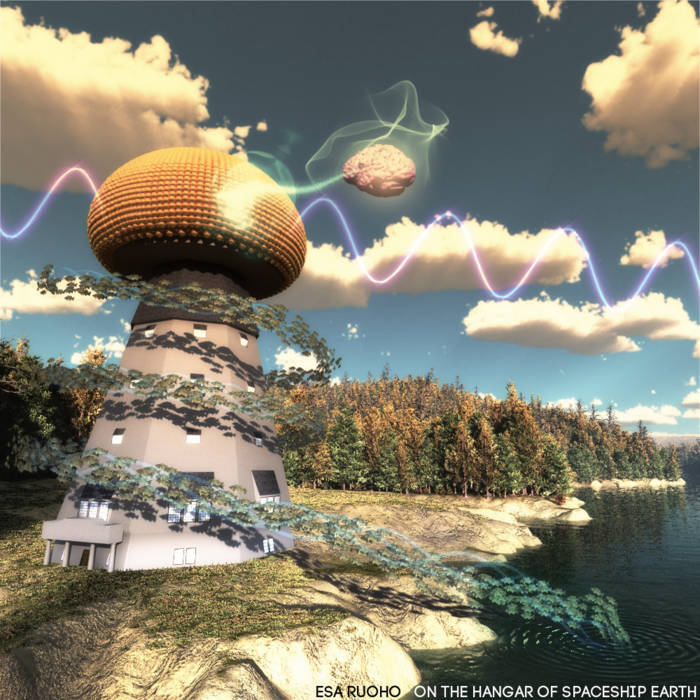 "On The Hangar of Spaceship Earth" is the 3rd full-length album by Esa Ruoho, an ambient-drone artist hailing from Kontula, Eastern-Helsinki, Finland. While Esa might be more known via his other moniker, Lackluster, we're sure you agree that this is a different take, a departure from the more melodic material released as Lackluster.

What is a Spaceship Earth? R. Buckminster Fuller wrote and published a book called "Operation Manual for Spaceship Earth" back in 1968. Bucky would also go on to provide us with a simple ultimatum: "We are not going to be able to operate our Spaceship Earth successfully nor for much longer unless we see it as a whole spaceship and our fate as common. It has to be everybody or nobody."

What is the tower? Nikola Tesla's Wardenclyffe Tesla Wireless World System tower, envisioned at the end of the 1800s, providing wireless electricity and information transfer throughout the planet, without any delay or latency. Ideal for musicians and for everyone on this planet. Our hand-held devices will eventually charge and communicate through these types of towers based on Tesla's discoveries - the time is coming, move over Wi-Fi, Li-Fi, 3G, LTE, Bluetooth.. Happy birthday, Nikola Tesla.

What is the brain? Is it just a stock-photo off the web? Nope, it is real. Stay tuned.