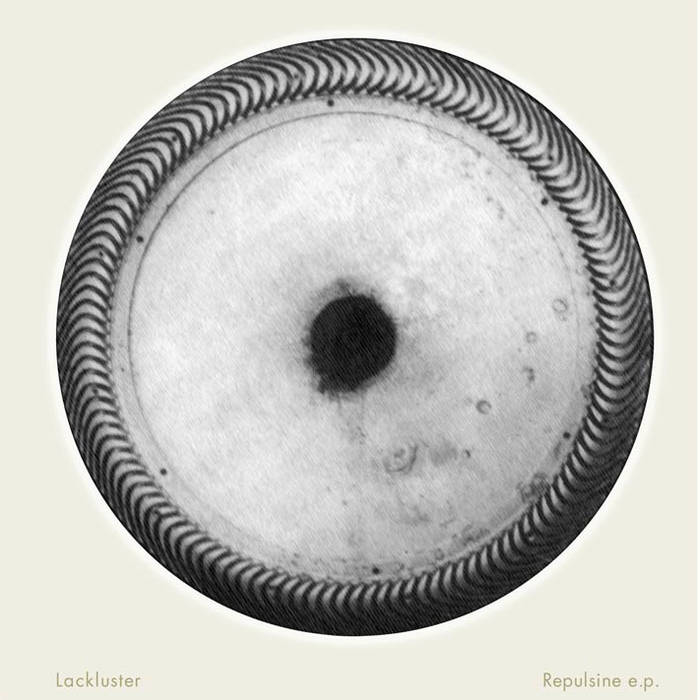 Since 1997 Lackluster has been creating inspirational I.D.M., starting with his roots in tracker and chip-tunes, growing ever more sophisticated in his musical aesthetic. "Repulsine" is Lackluster's newest offering; a 6 song EP, it is a combination of unreleased older tracks written specifically for this release.

While the title "Repulsine" may just sound like a play on words, the origins of the title for this EP go much deeper than a mere calembour.

Inspired by the writings of the visionary thinker Viktor Schauberger, "Repulsine" is an ode to water in its myriad forms. Schauberger's core idea was that life is sustained by a gathering, inwards type of movement; the Repulsine was his way of physically manifesting this theory. A Repulsine is a machine that mimics the methods of nature; it creates energy by encouraging a centripetal, inwardly spiraling movement of water or air. Absolute straight lines are rarely a natural occurrence; therefore the Repulsine mimics the curved lines that are the mainstay of our natural environment.

Lackluster (a.k.a. Esa Ruoho) says; "The strands of thought expressed by Viktor Schauberger about water made my intuition resonate with recognition about the reality and truth of Schauberger's glimpses into nature's inner workings; it made me sit up and take note. This led me on a search that is far from finished, but which has currently resulted in my homage to Schauberger, water, and implosion." Although Esa Ruoho is a native of Finland, each track on "Repulsine" was composed while Esa was far away from home, under the influence of the beauty of his natural surroundings. Rothe Abbey, Ireland, Shoreditch, England, and Regina, in Saskatchewan, Canada all helped to fuel Esa's creative flow.

Esa explains further; "I suppose I compiled these songs because I wanted it to be a happy, cheerful, joyful, simple, and frank EP which is reaching towards the day that the "Utopian" thoughts of Schauberger, Tesla, Reich, Buckminster Fuller, etc. will be accepted as a reality, and are seen put to use, instead of the mess the world is in at the moment."

Lackluster delivers his point of view in a most stunning manner; spinning, spiraling vortexes of sound, growing and sweeping heavenward, wash over and through you. Sparkling transcendent melodies can move you through your day or give you space to daydream in. Each song unfolds gracefully, with layer upon layer being added or peeled away, enveloping the listener in a complete aural experience. Lackluster has dug deep into the collective unconscious and offers up something we can all connect with; the beauty and wonder of our natural external reality, the thing that so often we have lost touch with. Listen, relax, and enjoy.